Upsetting the balance of microbes could make us more susceptible to diseases. 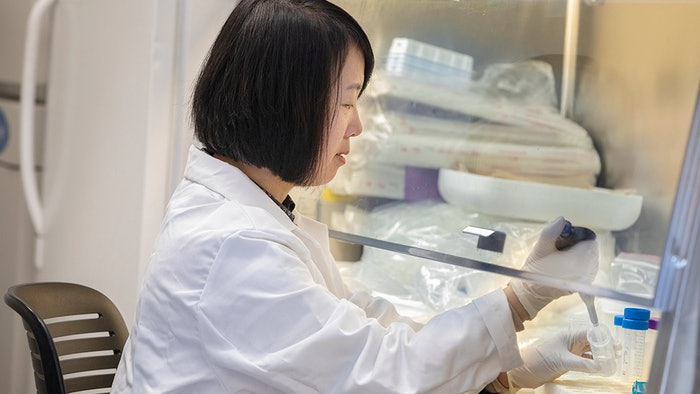 More and more states are legalizing marijuana, but little is known about how long-term cannabis use affects the microbes in the oral cavity, known as the oral microbiome. The oral microbiome plays a critical role in maintaining oral health, but changes to the environment in the mouth, such as those caused by smoking, can upset the balance of microbes, making us more susceptible to diseases.

To find out more, Medical University of South Carolina immunologist Wei Jiang, M.D., led a study to explore the effects of cannabis use on the oral microbiome. Her team screened the saliva of long-term cannabis users and found increased levels of Actinomyces meyeri in the mouth that correlated with the length of cannabis use. Increased levels of bacteria may lead to disorders of the immune system. To assess how high levels of A. meyeri affect the immune system, Jiang’s team gave mice A. meyeri through the mouth and observed a significant decrease in global activity and an increase in the levels of beta-amyloid in the brain, one of the proteins associated with Alzheimer’s disease. Together, these studies suggest that long-term cannabis use alters brain health. The team’s findings were recently published online on Nov. 23 in EBioMedicine.

“I think the most exciting aspect of our work is the link between the oral microbiome and brain health,” said Jiang. “To prove this link, we went beyond the typical associative studies in humans and conducted a causal study in mice.”

Cannabis use and the oral microbiome

Traditionally, microbes are thought of as foreign invaders that cause disease; however, the truth is more complicated. Most of the time, we live in harmony with our microbiome, as these commensal microbes do not cause disease and often serve vital biological functions.

Still, not only can smoking upset the balance of microbes in the oral cavity, smoking cannabis is known to influence neural functioning, and some of its components, such as tetrahydrocannabinol (THC), can affect the immune system.

In an effort to analyze changes to the oral microbiome in the context of cannabis use, Jiang and her team collected microbiome data on chronic cannabis smokers, compared with tobacco smokers and nonsmokers, by analyzing their saliva. They identified similar changes in several bacterial species between smokers and nonsmokers; however, A. meyeri was uniquely changed in cannabis smokers.

The Actinomyces family of bacteria, of which A. meyeri is a member, are commensal bacteria of the oral cavity, but they can also become opportunistic pathogens. Smoking can cause disruptions in the oral mucosa that may lead to bacterial fragments or even whole bacteria migrating into the circulatory system, where they can influence the immune system. Indeed, Jiang found increased levels of antibodies against A. meyeri in the plasma of cannabis smokers.

Brain health is affected by cannabis use

To  define more fully how A. meyeri influences brain health, the researchers inoculated mice with A. meyeri. These mice exhibited reduced activity, increased migration of macrophages into the brain and increased levels of beta-amyloid. These results suggest that long-term cannabis use alters brain health, especially the build-up of toxic beta-amyloid protein, which is associated with Alzheimer’s disease and other dementias. The presence of immune cells in the brain may lead to altered brain function, presumably through persistent brain inflammation, which can impair brain function. Unexpectedly, however, macrophages stimulated by A. meyeri did not result in an inflammatory response but did induce macrophage migration to the brain.

Cannabis use may cause dementia but may also help people who already have the condition. The paradox of cannabis’s effects may be due frequency of use, duration of use or heavy versus light use, which warrants further investigation.

These findings emphasize the importance of oral health on brain function. In the future, Jiang and her team would like to investigate further how A. meyeri causes amyloid protein production in the brain and develop an inhibitor to this process.