But reliable studies are still lacking. 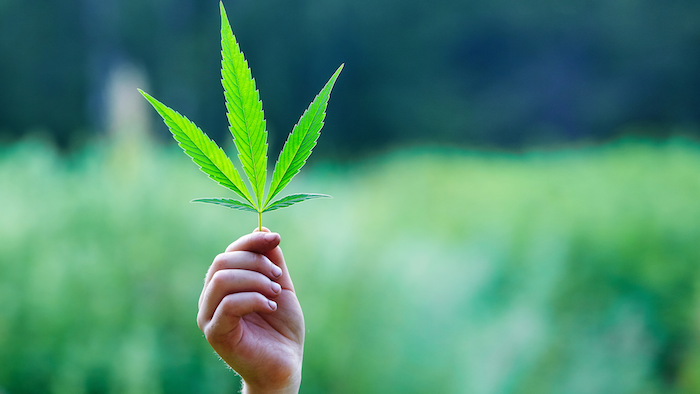 For more than 20 years, international research into the endocannabinoid system in the human body has been seeking to understand the mode of action of cannabis and its constituents.

There is ample evidence of therapeutic success for the use of cannabinoids for indications such as epilepsy or pain therapy, not only as adjunctive but as first-line therapy. However, there is still insufficient data to develop safe cannabinoid-based medicines in Austria, which is why a research group led by neurobiologist Tibor Harkany from MedUni Vienna's Division of Molecular Neurosciences summarized the enormous therapeutic potential of the medicinal use of cannabis in a recently published review article in the leading journal Science.

It is the difficult socio-political discourse that is hindering progress in developing medicinal products containing constituents of the medicinal plant Cannabis sativa. On the one hand, there is the ever-present danger of cannabis being abused as a drug, and on the other, there is the current trend of increasing demand for products containing cannabinoids that are freely available on the market.

Tibor Harkany, neurobiologist and Head of the Division of Molecular Neurosciences at MedUni Vienna's Center for Brain Research, notes a contradictory phenomenon: "We know that cannabis could be used for many diseases, and, to some extent, we also know how it works. But the fact that there are so many products on the market also gives the impression that it helps with everything and nothing. But, in fact, cannabis is not a miracle plant; it has very specific uses and we urgently need a number of scientific, evidence-based clinical trials on this subject."

The clinical effects of cannabis-based medicines are mostly due to activation of endogenous cannabinoid CB1 and CB2 receptors. The most abundant substances from the cannabis plant are delta-9-tetrahydrydrocannabiol (THC) and cannabidiol (CBD), the latter of which does not have psychoactive effects. From anecdotal observations to by now even international clinical trials, analgesic, anxiolytic, antiepileptic, antipsychotic, sedative and neuroprotective effects have been ascribed to CBD. Currently, CBD is approved in some countries for the treatment of refractory epilepsy and spastic paralysis. In Austria, the CBD-containing drug Sativex is approved for the treatment of multiple sclerosis and spasms and Epidiolex is approved for the treatment of certain genetic forms of epilepsy. Dronabinol is also given as an adjunctive medication for chronic pain and in the treatment of cancer.

Harkany even stresses the potential use of cannabinoids as a first-line treatment for epilepsy, because they would have a rapid and favorable influence on disease progression.

Psychiatrist Siegfried Kasper, emeritus Head of MedUni Vienna's Department of Psychiatry and Psychotherapy, who has extensive experience with clinical studies of this kind and collaborates with Harkany on several projects in the interests of translational research, sums up: "It is very important for both the university sector and pharmaceutical companies to initiate basic and translational studies to give us a better understanding of the specific effects of cannabinoids. There would be a great future if we could standardise the forms of application of cannabis constituents and then conduct research with standardized extracts in specially designed clinical trials." Both scientists are united in their conviction that "cannabis must be brought into evidence-based medicine".