The army sought to crack down on "illicit trafficking." 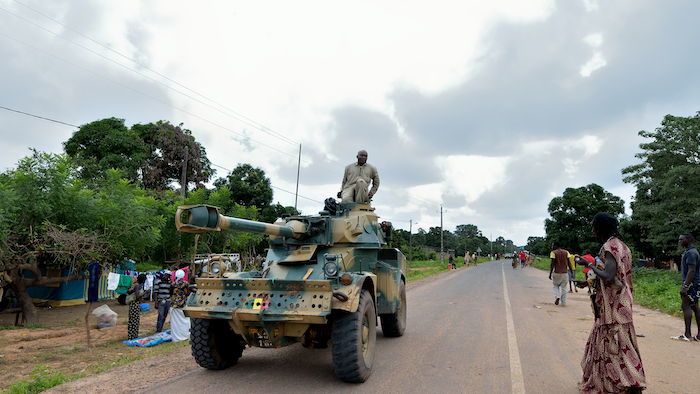 Military patrol on a road in Kartiak, Senegal, Sept. 2012.
iStock

The clash between the Senegalese troops and the rebels took place south of Bwiam in Gambia near the border with Senegal, said the statement.

“It occurred as part of an action to secure and fight against illicit trafficking, in particular the criminal exploitation of timber on the border with Gambia," the army said. The missing soldiers are likely being held by the rebels, it said.

"The armies will continue to invest tirelessly to find the missing soldiers and to preserve the forest,” the army said.

The rebels in Senegal's southern Casamance region have been calling for the independence of the area for more than 40 years. The conflict has caused hundreds of deaths of both civilians and soldiers and thousands of injuries.

Timber trafficking and the cultivation of cannabis are among the main sources of income for the separatists. The army destroyed several cannabis fields a few months ago.

More than 70 trucks illegally transporting wood from Senegal have been stopped by the regional ECOWAS force in the past five months, the army said.

Since 2017, ECOWAS has deployed soldiers from several West African countries to Gambia to help stabilize that country.