Several companies are interested in collaborating on further study of the hemp compounds. 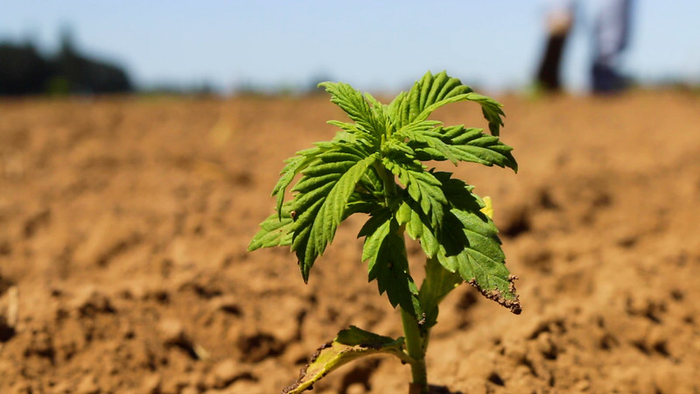 CORVALLIS, Ore. – The Oregon State University scientist who led the groundbreaking discovery that a pair of hemp compounds can block the coronavirus from entering human cells thinks preclinical trials will happen within a few months.

Those types of studies are required by the U.S. Food & Drug Administration before any clinical testing in humans can begin, said van Breemen, a researcher with OSU’s Global Hemp Innovation Center, Linus Pauling Institute and College of Pharmacy.

“We need preclinical trials to prove the efficacy of what we discovered, and I think that will happen very soon, in the next few months,” he said.

Three weeks ago van Breemen, OSU colleague Ruth Muchiri and five collaborators from Oregon Health & Science University published a study in the Journal of Natural Products that showed hemp compounds identified via a chemical screening technique invented at OSU display the ability to prevent infection from the virus that causes COVID-19.

They found that a pair of cannabinoid acids bind to the SARS-CoV-2 spike protein, blocking a critical step in the process the virus uses to infect people. The study continues to generate significant attention from around the globe, including from several companies interested in collaborating with Oregon State for further work on the hemp compounds, van Breemen said.

“I’m delighted people are interested in the work we do, and I want to thank all of my students and postdocs and other collaborators over the years,” he said. “It’s been an honor working with a very talented team of people, and I’m just glad to have contributed something in the field of natural products and analytical chemistry.”

The compounds van Breemen’s team identified are cannabigerolic acid, or CBGA, and cannabidiolic acid, CBDA, and the spike protein is the same drug target used in COVID-19 vaccines and antibody therapy. A drug target is any molecule critical to the process a disease follows, meaning its disruption can thwart infection or disease progression.

“These cannabinoid acids are abundant in hemp and in many hemp extracts,” van Breemen said. “They are not controlled substances like THC, the psychoactive ingredient in marijuana, and have a good safety profile in humans. And our research showed the hemp compounds were equally effective against variants of SARS-CoV-2.”

“The approach, affinity selection mass spectrometry, is finally catching on in the pharmaceutical industry,” said van Breemen, whose team screened a range of botanicals used as dietary supplements, including red clover, wild yam, hops and three species of licorice.

An earlier paper in the Journal of the American Society for Mass Spectrometry described tailoring the novel method to finding drugs that would target the SARS-CoV-2 spike protein.

Natural products are the source of about half of all the prescription medicines in use today, and the source or inspiration for about two-thirds of all current cancer drugs, van Breemen said.

“We’ve been interested in natural products and sources of new therapeutic agents for a very long time,” he said. “Hemp is particularly interesting because it is a rich source of unique natural products. We’ve probably only investigated 10% of the natural products that nature provides to us so there are many more molecules to be discovered and many more investigations to be carried out to find out which diseases or types of infections these molecules might be helpful in preventing or treating.”