Its potential effects on brain health, particularly during key periods of development and maturation, remain unclear. 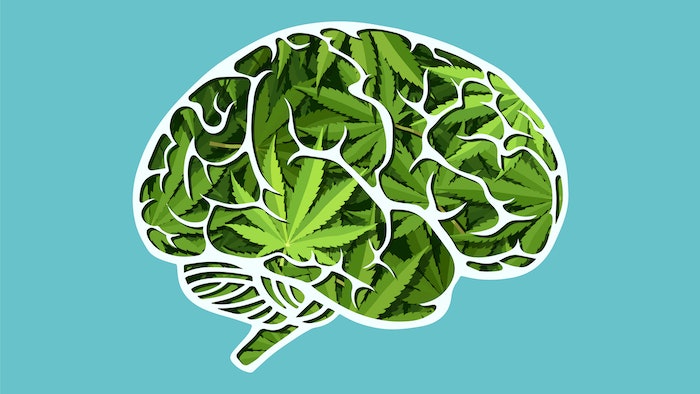 Medicinal and recreational use of marijuana has been increasing, along with the drug's potency, over the past two decades. But how it may impact brain health, particularly during key periods of development and maturation, remains unclear, according to a new report.

The scientific statement from the American Heart Association, published Thursday in its journal Stroke, includes an analysis of current research and could inform clinical practice guidelines on the drug.

"There's a lot of uncertainty in the medical community about the health effects of marijuana. This scientific statement is intended to guide health care professionals in having a balanced and intentional discussion with patients about the potential known and unknown effects of marijuana on brain health," writing group chair and neurologist Dr. Fernando D. Testai said in a news release. He is a professor of neurology and rehabilitation at the University of Illinois at Chicago.

In August 2020, the AHA published a statement on the impact of marijuana use on cardiovascular health. This is its first statement about the drug's impact on brain health. A growing number of states have legalized or decriminalized it over the past two decades, and the use of marijuana, also known as cannabis, is on the rise in the U.S., especially among adolescents and young adults. More than one-third of high school seniors and 43% of college students reported using marijuana in 2018, according to the statement.

The concentration of THC – tetrahydrocannabinol, the psychoactive component in marijuana – also has been increasing, from 4% in 1995 to 15% in 2018. THC is the compound that gives users the sensation of being high. While some states have legalized marijuana, it's still illegal federally, with the U.S. Drug Enforcement Agency and Food and Drug Administration classifying it as a Schedule 1 controlled substance.

The other major component of the marijuana plant, cannabidiol, abbreviated as CBD, has no psychoactive effects and is legal when its THC content is less than 0.3%. CBD, which has antioxidant and anti-inflammatory properties, is being investigated in clinical trials for its potential for treating Alzheimer's disease, multiple sclerosis and other neurological disorders.

Prolonged exposure to THC can disrupt memory, learning and brain development, according to rodent studies cited in the new scientific statement. During prenatal development, THC can disrupt signaling pathways that alter the offspring's thinking, emotional behavior and response to stress. During adolescence, THC may change the structure and function of brain circuitry, affecting cognition, emotional regulation and social behavior.

The human body naturally produces compounds called endocannabinoids, which are essential to brain development and maturation and are involved in the regulation of body processes such as learning, memory, pain control and sleep. THC can disrupt those processes by attaching to the same neurons in the brain that endocannabinoids do.

"Data obtained in these animal studies demonstrate that disruption of endocannabinoid pathways leads to behavioral and cognitive abnormalities, such as poorer memory and learning ability and a heightened sensitivity to stress," Testai said. "Also, there may be vital life periods – gestation and adolescence – when the brain may be particularly vulnerable to the impact of THC."

Studies found psychological problems and difficulties with cognitive function in children whose mothers used marijuana while pregnant. In a study of young adults who were followed for 25 years, they also found a correlation between more years of self-reported exposure to marijuana and declining scores on verbal memory tests.

Some studies also found a thinning of areas of the brain involved in cognition and orchestrating thoughts and actions, but other studies found no differences in the brains of marijuana users and non-users. According to the statement, research also shows cannabis users have an increased risk of strokes.

Finally, it highlighted the numerous questions regarding cannabis use that remain unanswered, such as whether its impact on brain health varies according to the user's age; how it may interact with medications; whether different THC levels impact the brain differently; whether marijuana affects people differently when they smoke it versus consuming it in edible products; and whether using the drug medicinally versus recreationally impacts the brain differently.

"Our understanding of the effects of marijuana on the brain is imperfect, and human research in this area is a work in progress," Testai said. "Still, the results of recent animal studies challenge the widely accepted idea that cannabinoids are harmless and call for caution when using marijuana, particularly while pregnant or during adolescence."