Payments Platform Exceeds Half a Billion Dollars in Retail Purchases

The company's app allows cannabis consumers to pay retailers with a debit from their checking account. 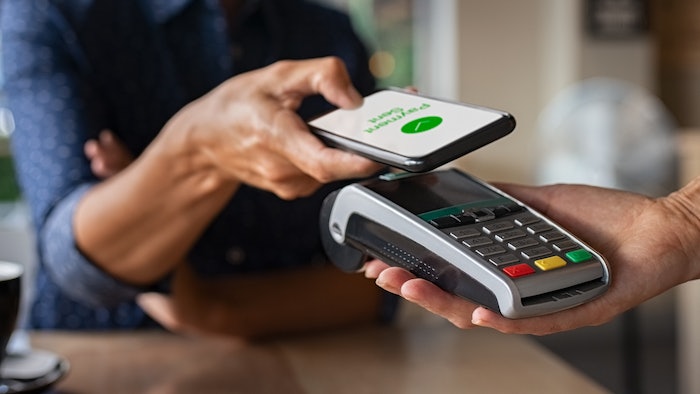 LITTLETON, Colo. -- CanPay, the largest legitimate payment network for cannabis retailers and consumers, announced Thursday that it has surpassed half a billion dollars in transparent transactions in states where cannabis is legal.

CanPay is now used at more than 800 participating merchant locations in 31 states in the U.S. and is accepted by 10 of the top 13 public-company, multi-state operators.

CanPay provides an easy-to-use app that allows consumers to pay for purchases at cannabis retailers with a simple debit from their checking account. Merchants with a compliant bank account at a CanPay-approved financial institution may join the CanPay network quickly and easily.

"Surpassing $500 million in regulated cannabis purchases is a significant milestone for the CanPay network," said CanPay CEO Dustin Eide. "Not only does this validate the desire for transparent, low cost, simple payments in the cannabis industry, it also speaks to the strength of the CanPay community. We started in 2016 with just three shops in the Denver area and a handful of consumers. Now, the CanPay community includes more than 800 dispensaries across the country and over 100,000 consumers."

As part of CanPay's commitment to adding value to both its merchants and consumers, it recently released an enhanced app that allows most users to quickly and securely sign up with instant activation. The app's proprietary Purchase Power tool creates custom spending limits, with a maximum daily customer spending limit of $3,000, the highest advertised spending limit in the cannabis industry.

"As CanPay approaches its sixth anniversary of reliably serving the cannabis industry, the choice to join the CanPay community becomes clearer for merchants and consumers with every passing day," Eide said. "CanPay is a compelling payment solution – the numbers speak for themselves – but I am also excited for the new developments that we will be releasing over the coming months and the additional value they will create for our merchants."