Trulieve Cannabis today reported a 24% increase in adjusted core profit for Q4 as part of its year-end results. The company also reached record revenue of $938.4 million in 2021, up 80% year-over-year.

In 2021, the company closed seven acquisitions valued at some $1.5 billion, including Harvest and Keystone Shops. The Harvest acquisition closed less than five months after the announcement.

The company began cultivation and retail operations in Massachusetts and West Virginia and received a notice of intent to award a Class 1 production license in Georgia. Trulieve now operates in 11 states, with about 30% of retail locations outside of Florida. 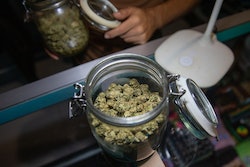