And all because the founder got laid off.

This week, Jason Reposa, Founder and CEO of Good Feels, joins the Cannabis Equipment News podcast to discuss why he built a bottling machine in his basement after getting laid off.

Good Feels Founder Jason Reposa has been starting new companies since he was seven years old, but he doesn't like the term "serial entrepreneur," he favors himself more of a technologist. The CEO took a non-traditional path into the cannabis industry.

The last company he founded was a financial tech venture he sold in 2019. Reposa found himself at odds with his new partners over how they should run the company. Reposa, the CEO, wanted to develop new products, but his counterparts wanted the company to stay in its lane. He was laid off in January 2020 but already had his next opportunity in mind. According to Reposa, he even had a working prototype.

Reposa wanted to make a mix-in beverage enhancer for the cannabis industry. While not a traditional user, he discovered cannabis as a result of a medical issue. Reposa had a problem with TMJ, a disorder that affects the jaw joints and surrounding muscles, and traditional medicine wasn't working. He couldn't open his mouth more than an inch, but he turned to cannabis and, in combination with other treatments, it helped him heal.

Reposa has spent most of his career as a programmer, but he wanted to change things up and create something tangible. So, he built a bottling machine in his basement.

In August 2020, he founded Good Feels in his hometown of Medway, Massachusetts. Good Feels is a cannabis beverage and beverage enhancer manufacturer that operates on the low-dose side of the business.

At first, he worked with freelancers to get the company off the ground and didn't hire his first full-time employee until May 2021. While he has experience with start-ups, he still ran into some issues, like finding a facility and investing in capital equipment.

On the advice of a consultant, Reposa left his homemade bottler in his basement and invested in a bottling machine that could process 1,200 bottles per hour. The company was scaling up, but Reposa bought too much machine for his 1,900 square-foot facility and had to make some adjustments to make it work. He admits that he trusted some of the wrong people with the equipment purchase. The bottler had to be reconfigured, it wouldn't even fill the size of bottles Good Feels was working with, and the machine was even missing pieces.

He has the bottler working beautifully now, but Good Feels is still going through some growing pains. Reposa is in the process of building a second facility. The bottling machine may be capable of processing 1,200 bottles an hour, but in the current space, it does about 600. The machine needs a bigger space to operate more efficiently. The company also has a labeler capable of labeling 1,800 bottles per hour if and when housed in a bigger space.

As a result of the space constraints, Reposa's manual production costs remain high. He says it's even difficult to get a pallet of bottles around his facility -- a problem for a beverage manufacturer.

The new facility will be nearly six times larger than the company's current facility. The new space will fix current logistics problems, and with recent sales growth, Good Feels will soon require a second bottling line.

Good Feels is only available in Massachusetts, but Reposa has spoken to potential partners to co-pack products and offer them in new states.

From a one-man operation in his basement, Good Feels now has 12 employees -- Reposa was the latest as he just paid himself for the first time. He pays a competitive $20 per hour with plans to increase wages and hasn't had any issues recruiting talent. For every job opening the company posts, some 200 applications come pouring in.

Good Feels does its own emulsification, mixing and blending in-house. The company sources distillate from local operators that can deliver a consistent product. Reposa allocates a percentage of his budget to sourcing ingredients from minority business enterprises or economic empowerment operators. He wants to source products from people disproportionately impacted by the war on drugs.

Reposa is currently developing five new products, and he has been intrigued by the recent price drop in distillate in Massachusetts. About 18 months ago, he bought product for more than $40,000 per kilo. Now, the same product costs $13,000. While he feels for the cultivators, it's a good time to be an edible and beverage manufacturer. However, he stresses that it's not easy for cannabis operators in any part of the business because they struggle with high tax rates and regulations that place a significant burden on operators.

Still, Reposa persists, and the old bottling machine remains in his basement. He even fired it up recently to put together some samples for a trade show. 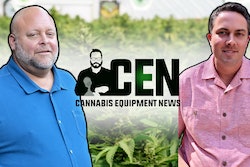 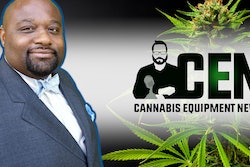 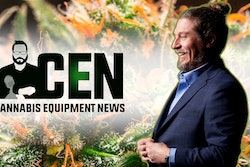