Women Use Cannabis to Treat Endometriosis

More than three quarters of Australian women with the condition are turning to self-management strategies. Cannabis was ranked as the most effective treatment. 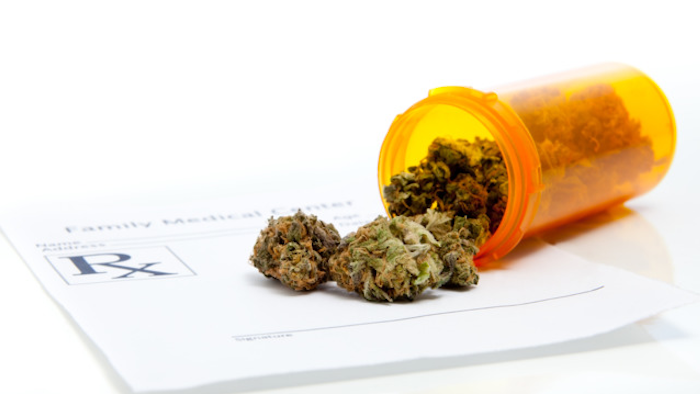 A new study published today in Journal of Obstetrics Gynaecology Canada has found one in eight Australian women with endometriosis use cannabis to alleviate pain and other symptoms, rating the plant based medicine as the most effective way to self-manage the disorder.

Researchers from NICM Health Research Institute, Western Sydney University and UNSW Sydney surveyed 484 Australian women with endometriosis between the ages of 18 and 45 to determine the types of strategies they used to self-manage symptoms.

They found more than three quarters of Australian women with endometriosis are turning to self-management strategies including breathing techniques, yoga, dietary changes, heat and cannabis. Cannabis was ranked as the most effective treatment by women.

The women said that along with reducing pain, they felt that cannabis significantly reduced symptoms of nausea and vomiting, gastrointestinal symptoms, problems with their sleep, feelings of depression and anxiety.

Women using cannabis also reported a decrease in the medication that they normally took for their endometriosis symptoms, with just over half saying they decreased their medication by 50 per cent or more. Reported side effects were mild and relatively rare.

Endometriosis is a chronic condition where tissue similar to the lining of the uterus is found outside the uterus, and commonly causes pelvic pain and fatigue, with many women reporting significant negative impact on many aspects of their life including education and work, friendships, and sexual relationships.

In Australia, around one in nine women born between 1973-78 were diagnosed with endometriosis by age 40-44. The condition may cost up to $9.7 billion in Australia per year, mostly through productivity losses.

Aside from surgery, current treatments for endometriosis include use of oral contraceptive or progestogens, and non-steroidal anti-inflammatory drugs, which do not always provide adequate pain control, or have side effects that are hard to tolerate for some women. Opioid analgesics are often prescribed for pain, however there is a risk of dependency and overdose.

Lead author on the study, NICM Health Research Institute Research Fellow and Coordinator of the Australian Medicinal Cannabis Research and Education Collaboration, Justin Sinclair said that due to the limitations of existing medical treatments for endometriosis, women are turning to self-care or lifestyle interventions for symptom relief and research is needed into the effectiveness of these self-management strategies.

"Cannabis has a long history of use in the ancient and scientific literature for various conditions such as period pain, however until now nothing has been investigated for cannabis being used for endometriosis," Sinclair said.

"Past research has demonstrated that certain compounds within cannabis known as cannabinoids exert analgesic and anti-inflammatory activity. Our research sought to determine the prevalence, tolerability, and self-reported effectiveness of cannabis in women with endometriosis."

Although the study showed promising results for the use of cannabis for endometriosis symptoms, Mr Sinclair cautioned that cannabis use was not without risk, however the reported rates of adverse effects were low in their study.

"One in ten women in the study who used cannabis reported an undesirable effect such as drowsiness, rapid heartbeat, or increased anxiety," he said.

"Due to the timing of when the survey was administered, most if not all of the women in the survey would have been using illicit cannabis as access to medicinal cannabis was still in its infancy," Armour said.

"This means we don't have any information about the different varieties of cannabis that women were using, or what might have been in the cannabis that was being used as it was derived from illicit sources which are not quality assured. Also, this was a self-reported survey, which can lead to over or under estimation of the positive or the negative effects.

"Further research is needed to assess the effectiveness of quality controlled medicinal cannabis and women with endometriosis." 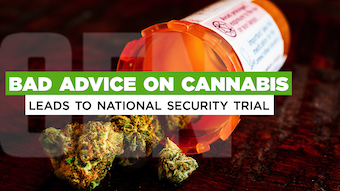 A cautionary tale of how not to react to really, really bad advice.
Jan 15th, 2021 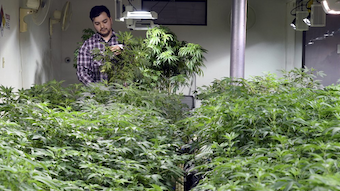 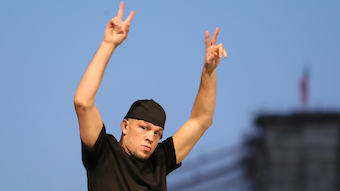 The major mixed martial arts promotion will no longer punish fighters for using marijuana in most case.
Jan 14th, 2021

The MORE Act is an important sign that sentiment in Washington is changing.
Jan 6th, 2021
Follow Us
Most Recent