Honaker has an eclectic background, with stints as a financial planner and salesman, before he started his own oil and gas business, sold it, and retired as a 30-year-old millionaire.

Honaker overcame alcohol addiction and homelessness — and used life lessons from growing up dirt poor — to fine-tune his business acumen.

He started as an indoor grower, but wanted to move his operations outdoors. In 2014, he started Yeti Farms on his own dime. It began as a 55-acre tract with 500 plants. When recreational cannabis was legalized, he increased his operations to 3,000 plants for medical use and 1,800 plants in his recreational garden. Next year, he plans to double the number of recreational plants and increase his medical business to 4,500 plants.

Although many people jumped into the cannabis industry, few are making money. Honaker attributed his success to keeping it simple: building his company gram by gram.

The company recently entered the edible side of the business with its Yeti Yummies gummies. Honaker and his staff went through more than 400 recipes before landing on one that worked; some of the mixes ended in unpalatable disasters.

Honaker also plans to open a dispensary in Colorado next year as part of an effort to be fully vertically integrated.

With Arizona, Mississippi, Montana, New Jersey and South Dakota recently legalizing cannabis in some form, Honaker also branched into consulting. Like Yeti, he keeps it simple — he said he takes the “cool factor” out of the business and provides no-frill, actionable plans that focus on necessary equipment and operational management. 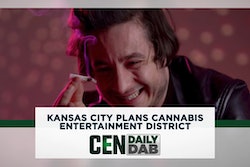