Jeffrey Thorn: Aeroponics Is Our Differentiator

Although an aeroponics facility was the most expensive option, 420 Kingdom’s results are blowing the market away.

This week, Jeffrey Thorn, CEO of 420 Kingdom, discusses why he sold his HR outsourcing company to start a high-end cannabis delivery service based on aeroponic cultivation.

In 2000, Jeffrey Thorn founded a human resources outsourcing company that specialized in helping cannabis companies with payroll and benefits. A few years ago, he lost his passion for the business. He’d show up at 10 a.m. and be gone by 3 p.m. What’s worse, he didn’t like his employees anymore. He sold the business and was looking for a new project. At the time, he was 53 years old and didn’t know if he had the energy to put in the time and effort to lead another successful startup.

A new cannabis venture wasn’t his first inclination. Thorn had voted against cannabis legalization in California, but he admits that he was naive. He wasn’t a big user (he prefers mushrooms), but he realized that the community included doctors, lawyers and many other people using cannabis for medical and recreational reasons. It wasn’t just a bunch of potheads, he says.

Thorn lives in Kern County, a conservative area of the state. Still, he decided to open up a cannabis cultivation and delivery business to serve the community.

Thorn had heard the all-too-familiar stereotype that the cannabis industry was a pot of gold, and all you had to do was show up and plant weed. Like many others before him, he quickly found out that’s not true. Like any other business, it takes a lot of work — but he found that he really enjoyed it. While it’s not easy, he says he’s in it for the long haul.

Thorn wanted to build a company with a differentiated product. He had a microbusiness license and initially considered an extraction business, but biomass supply wasn’t steady. He decided to become a cultivator and distribute his own product, first by delivery, but with a vision to open a retail side of the business.

Thorn bought an old potato processing plant and got to work. As he got started, he reached out to people in the industry for advice and found that everybody knew everything, and everybody was wrong, as he says. Everyone had an opinion, and Thorn had to make some hard decisions. He opted for aeroponics, and although it was an expensive and risky endeavor, Thorn says he is growing a product that nobody else in California has been able to replicate.

420 Kingdom opened its doors on June 7, 2020, as a delivery service. While the company was licensed, construction on the old potato plant wasn’t complete. Thorn calculated that the company would need to reach 100 deliveries per day to be profitable by the end of the year. The first day, the company fulfilled ten orders, and Thorn considered shutting it down.

But although Thorn admits he had no idea at the time, the timing was right — the industry was about to pop amid the COVID-19 pandemic. Within 30 days, the company was processing 250-350 orders per day.

Now, the company is on pace to generate $7 million in delivery revenue in 2021, with 30 drivers and a fleet of 12 Mercedes-Benz vans. Thorn provides each driver with a uniform shirt that 420 provides and launders because they, he says, are the face of the company.

Thorn settled on the potato plant because it offered 10,000 square feet of cold storage that was well-insulated and would be cheaper to retrofit. The company added another 2,000 square feet to the facility, as well as closed-cell insulation foam to each room to create an envelope. Thorn says he couldn’t build what he wanted, so the company built what it could fit into the facility. The plant is located on a 4.5-acre lot in Arvin, California, near Bakersfield. The land also included a 3,000-square-foot office.

The build-out and capital expense was costly, but Thorn wanted to do things right, and he believed that labor costs would be better, in the long run, using an aeroponics system.

The company planted its first crop on Dec. 23, 2020, and has about 45 employees working on the cultivation and processing side of the business.

420 Kingdom’s product caters specifically to the high-end market. According to Thorn, consumers in California want high THC. While an aeroponics facility was the most expensive option from a capex perspective, the results are blowing the market away. The company’s recent Watermelon Mimosa harvest came in at 35.6% THC, 43.6% total cannabinoids and 2.9% terpenes.

With aeroponics from AEssenseGrows, 420 Kingdom will have six harvests a year instead of four because it grows about 30% faster and about 30% bigger, according to Thorn. The plant isn’t sitting in soil or water; instead, roots hang in the air and are misted with water. As a result, the crop doesn’t have to fight the soil to get to the oxygen and nutrients that it needs. The system is also automated, so the company knows precisely what the plant is receiving.

Thorn says it was the gambler in him that made him opt for aeroponics. Not only was it risky from a financial standpoint, but since there is no soil to protect the plant, the grow is very susceptible to mold and pests. On top of that, not every strain works with aeroponics.

The staff put a robust pest management program in place. Thorn says his facility looks more like a medical facility than a grow operation. As the company continues to work on its mother room, mold and pest problems were traced back to the nursery. The company has had to dial in on the few nurseries that can work with its system.

Thorn attributes much of the company’s success to its talented employees. He purposely didn’t hire a master grower or anyone with experience in the black market because he needed someone to listen to his needs and work with his methods. He hired a vice president of cultivation, now COO Kelly Steinback, who formerly worked as a food and safety director for Nestlé.

420’s facility is still under construction, but Thorn knows that the company will have to scale to keep up with the market. In phase two of his business plan, he hopes to open a new 20,000-square-foot indoor aeroponics facility and open dispensaries under the 420 Kingdom brand. Thorn says the delivery model is extremely expensive, and he hopes dispensaries can help alleviate some of that cost.

He also has an eye on a few other states where he hopes to set up shop to help insulate the company from market interruptions.

Though it appears that federal legalization is near, Thorn has mixed feelings about it. He says legalization is going to be disruptive and not in a good way. He has apprehensions regarding the FDA, which will likely oversee the industry — and add a layer of federal bureaucracy to an already heavily regulated business. He also predicts that the FDA will limit the amount of THC in a product and that a federal tax on top of existing state taxes could prompt more competition from the illicit market. 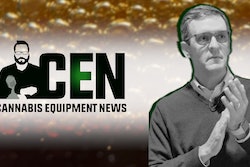 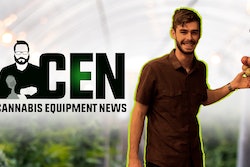 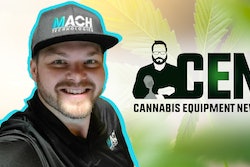