All while pulling up to 710 pints per day.

The Cannabis Equipment News team recently traveled to the Wisconsin Cannabis Expo held in Milwaukee on June 4, 2022. At the show, we had an opportunity to interview equipment manufacturers, cultivators and new product developers to learn more about what they bring to the cannabis industry.

Anden focuses on humidity control. The company manufactures steam humidifiers and dehumidifiers just outside of Madison, WI. Its dehumidifiers range from 70 pints per day to 710 pints per day. Matthew Cullen, regional manager of emerging markets at Anden, says the company's biggest differentiator is the 710-pint unit with a fully variable compressor as well as a variable-speed blower.

Near the end of the grow cycle, when the plants are starting to generate their full potential in the last two weeks of flower, cultivators often like to drop temperatures and relative humidity. The process causes any dehumidifier to go into defrost mode. Using a variable-speed compressor, the A710 steps down the compressor as the temperature drops, so it doesn't hit the defrost point as rapidly. While competing models go into defrost mode every 26 minutes, Anden's reaches defrost mode every 90 minutes, saving a significant amount of runtime for the cultivators.

According to Cullen, when dehumidifiers aren't extracting enough moisture from the air, cultivators can run into problems. It can lead to bud rot and a host of other issues. Vapor pressure deficit (VPD) is also a big part of the cultivation process as any water added to a sealed room needs to be extracted mechanically. When growers don't have enough horsepower to pull all of the water out, it will have a negative impact on yield.

Anden prides itself on customer support because cannabis cultivation isn't a 9 to 5 job. Growers sometimes need a lifeline to call at 2:00 a.m. on Christmas Eve. The grow can go bad fast when equipment goes down, so Anden makes its equipment fully field serviceable, and customer support can always be reached, no matter the time or day.

The next Wisconsin Cannabis Expo, presented by the Shepherd Express, will be held in Madison, Wisconsin, on Saturday, November 19, 2022, at the Alliant Energy Center. 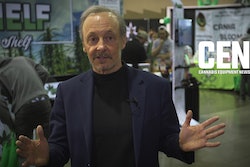 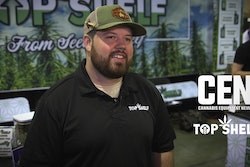 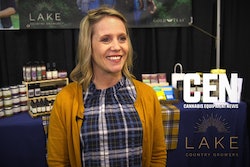 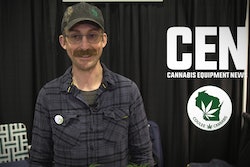