A cautionary tale of how not to react to really, really bad advice.

As we start the New Year, you’ll see a number of articles offering advice on how to get off to a good start, or capitalize on new opportunities in 2021.

Well, this story is not one of those. Instead, let’s call it a cautionary tale of how not to react to really, really bad advice.

Last month, 58-year-old software engineer James Schweitzer was charged with malicious mischief and destruction of government property due to his leaking of sensitive information about U.S. missile sensors.

According to a report on TaskandPurpose.com, Schweitzer’s story begins in April 2010, when he asked a facility security officer if his prescription for medical marijuana could impact his security clearance. He was told that as long as the prescription was in line with state laws, he should be fine.

However, his clearance was suspended in August 2014 due to marijuana use — and the wrong advice Schweitzer received — according to court records and the Defense Office of Hearings and Appeals. It’s thought that Schweitzer was working for Raytheon at the time.

Despite losing his clearance, Schweitzer continued to work at the company until resigning in July 2016.

This is where it gets a little weird.

In what is believed to be an attempt to get back at his former employer, Schweitzer essentially began a four-year smear campaign, wherein he sent complaints about security lapses to the Pentagon Inspector General, other areas within the Department of Defense, and the FBI.

The problem is that in attempting to bring these issues to light, he was sending classified information over public networks — a huge security risk. A DoD investigator reportedly reached out to Schweitzer in 2018 to warn him about these actions.

Ignoring the warning, and supposedly even more upset now that his tactics didn’t bring backlash against the company, Schweitzer reportedly continued distributing his concerns via news outlets, a public Dropbox folder, and social media.

Either through extreme patience or simple neglect, the government didn’t act against Schweitzer until after a September 2019 tweet congratulating Iran for a missile strike against Saudi Arabia, asking the FBI to “bring the handcuffs” in an early 2020 phone call, and after several DoD computers needed to be “sanitized” after receiving sensitive information in an email from Schweitzer last May.

Although preliminary hearings have begun, Schweitzer’s actual court date is still pending. If convicted, he faces up to 10 years in prison and a $250,000 fine.

Growray CEO Ash Ganley on selling his BMW lighting product at Kia prices while non-cannabis technology vendors flood the market in a race to the bottom.
Mar 26th, 2021

Jushi's Josh Malman says "you need eyes on the crop and eyes on the facility at all times," which can prove difficult when overseeing operations in three different states. Here's how he does it.
Mar 12th, 2021 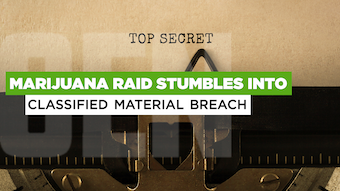 It started with a search warrant for an illegal grow and spiraled from there.
Mar 10th, 2021 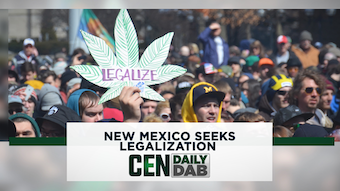 However, several plans are competing for support.
Mar 2nd, 2021 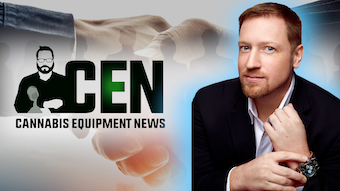 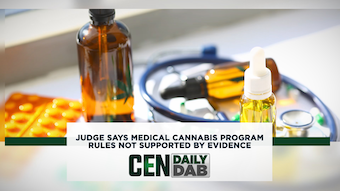 The company said the department provided “no rational connection” in the rule-making process.
Feb 8th, 2021
Follow Us
Most Recent