For the past 20 years, Cohen has been a cannabis jack-of-all-trades, and he believes his new role as entrepreneur and businessman is the culmination of his life's work.

In the late 1990s, Cohen was a student at the University of Colorado when he became an activist for the cannabis industry.

He formally entered the industry as a grower, but he went on to become a dispensary operator and consultant, as well as a co-founder of what is now known as the California Growers Association.

During his time in the industry, he was always thinking about a way to drink cannabis but make it behave like alcohol. He thought it could be the Holy Grail of cannabis products because not everyone likes to smoke or consume edibles.

He started working with a nutraceutical company to generate the first iteration of Purejuana, a product he describes as a THC dry spirit.

Cohen was impressed with early prototypes. The technology was novel, and the product was unique enough to power a cocktail with the botanical essence of the plant.

In late 2019, Cohen took over Lively Spirits after a tumultuous beginning that he says was short on capital and long on founders. He believes in the potential of dry spirits and wants the company to eventually become a house of psychotropic spirit brands.

Purejuana comes in a powder form factor because the flavor would degrade if pre-mixed. The R&D process took years, and Cohen recalls a lot of time in the lab making and testing various recipes. He prefers experiential research over pharmacokinetic, which meant many long hours -- and duds -- during the trial-and-error process.

Cohen also invested significant time identifying the appropriate cultivars, managing them through nursery partners, and then feeding them to the contract farms that grow to the company's specifications. Purejuana is derived from sun-grown, organic flower harvested at peak ripeness. When it comes to selecting cultivation partners, Cohen tends to find farmers who grow the way he used to grow.

After harvest, the flower is frozen and processed to separate the live concentrate, then rolled into a proprietary emulsion. Finally, a proprietary system dries the emulsion into the powder at ambient temperature.

Purejuana is manufactured at the company's facilities in Woodland, California, which employs about 25 people. It's a complex product to make and package because getting the dosing right is critical.

The product officially launched in May, offering a unique buzz that Cohen describes as a euphoric, energetic high that re-ups with each sip, only without a crash or hangover. A former heavy drinker and smoker, Cohen has ditched both habits because he prefers to drink cannabis.

Marketing the product has been challenging, but Cohen saw the most success with bar takeovers in the Los Angeles area. The company will dry up a bar and bring in bartenders who serve signature Purejuana cocktails. The tactic has led to an uptick in e-commerce sales through its website, although the company also has a retail footprint.

Due to a lack of federal oversight, Cohen doesn't see cannabis beverages being served alongside alcohol anytime soon. However, he is encouraged by California's social consumption lounge licenses. While these lounges may have first been envisioned as communal areas to smoke, cannabis cocktails could prove to be an effective revenue stream as well.

Cohen plans to expand the business beyond California, but he has to be careful. Purejuana isn't another gummy or clone that is easily replicable, the farm and quality of material matter. He hopes to lead the premium cocktail category in California for the time being and scale with time.

For the past 20 years, Cohen has been a cannabis jack-of-all-trades, and he believes his new role as an entrepreneur and businessman serves as a culmination of his life's work. Although it is a difficulty market, with many obstacles to introducing a wholly new product category, Cohen believes his most significant challenges are behind him. 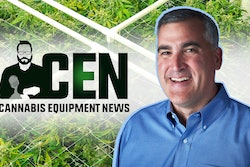 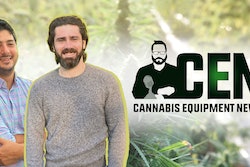 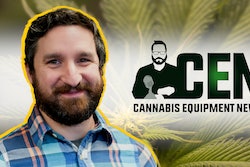