The giant confection appeared on “Saturday Night Live” and “Jimmy Kimmel Live!” along with national publications like USA Today.

The American Business Awards honored the campaign with a 2022 Gold “Stevie” Award for “Communications Campaign of the Year.”

The campaign was also a finalist for a Public Relations Society of America “Bronze Anvil.” 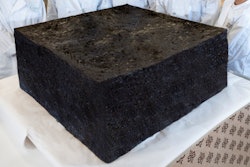