He overcame personal tragedy, started from square one and went to work with "most versatile crop on the planet."

This week, Bryan Wilson, co-founder and president of Environmental Living Industries (E.L.I.), discusses his journey from an overseas government contractor to the driving force behind an industrial hemp fiber processing startup.

Wilson's wife, Candice, was a pediatric emergency nurse. A few years after the couple was married, Candice became incredibly ill, suffering from several autoimmune disorders. At the time, Wilson was working as a paramedic and a firefighter.

The couple consulted more than 30 physicians, but none could provide a diagnosis for his wife's condition. During this time, Candice became pregnant and had a full-term pregnancy; tragically, their son Eli was stillborn.

After nearly eight years, the couple finally found a doctor who tested Candice for a mold infection, and the family finally had some answers. The Wilsons had toxic mold in their house, which created her health problems and contributed to the tragic loss of their son.

When his wife received the diagnosis, Wilson was contracting overseas, but he decided that it was time to come home and find work stateside. He wanted to be closer to his wife and make wholesale life changes.

The toxic mold had permeated everything. The Wilsons had to sell their house, clothing and furniture, and started again from square one.

The couple moved into a modest home, and Wilson sought new business opportunities — particularly in something sustainable. As part of his wife's treatment, she switched to a diet of healthier, clean food. It was helping her heal, and Bryan started to pursue a farm-to-table food business when he stumbled upon the hemp industry.

Initially, he considered CBD processing, but the industry was overwhelmed with new CBD manufacturing startups. While he was pursuing the CBD business, he found that many in the industry boasted of the wide-ranging uses for hemp, including sustainable building materials and bioplastics. Although the industry praised the plant for its versatility, he found few companies were processing industrial hemp fiber, the raw material required to manufacture those products.

He also discovered hempcrete, a building material that is mold-free, fireproof, pest-resistant and vapor permeable. At first, he wanted to manufacture hempcrete, which he saw as a potential cure for sick building syndrome (SBS), but he ran into a massive bottleneck in hemp fiber.

SBS stems from poor indoor air quality and is caused by mold, fungus, pesticides, formaldehyde and other compounds found in construction materials or cleaning supplies. It causes a host of ailments and illnesses, and is found in some 30% of new and remodeled buildings.

Wilson hooked up with Jeremy Luciano, CEO of GHS Industries, a company that manufactures and sells industrial hemp processing equipment. Luciano told Wilson about a new piece of equipment that processes 10 tons of material per hour; it's well-engineered, highly automated and a cornerstone of E.L.I.'s business plan.

Wilson is now working with financial management firm QuantumCFO to help raise capital, and he has aggressive first-year expectations.

E.L.I. will be headquartered in Austin, Texas, and Wilson is scouting a few different locations for his first facility.

Fiber is in the immediate future, but Wilson doesn't rule out expanding into manufacturing of hemp-derived building materials or bioplastics. Either way, he hopes to provide the highest quality fiber and material from the "most versatile crop on the planet."

As Candice healed, the Wilson family has continued to grow, and the couple now has a daughter, Ellie, and a son, Jack. 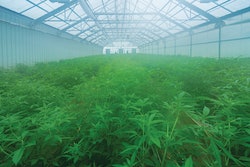 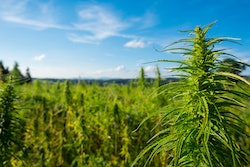 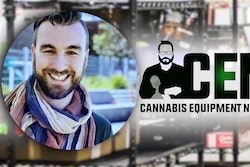 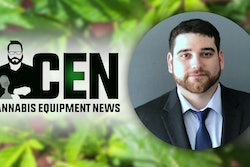