The number of marijuana plants seized by New York law enforcement is down more than 60% after the state moved to legalize recreational cannabis.

And the number of arrests in those cases fell from 152 last year to just four in the first 10 months of 2021.

The Albany Times-Union reports that local authorities, with help from state police helicopter surveillance, long looked for illegal grows throughout the state.

But those efforts slowed as local prosecutors increasingly declined to take up marijuana cases and state lawmakers sought to legalize the drug.

In 2020, the New York State Police reported 219 cases that resulted in the seizure of 4,242 marijuana plants.

Through October of this year, however, authorities initiated 71 cases and seized just 1,628 plants. 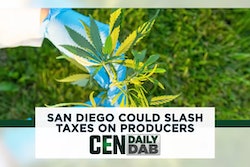