How federal legalization and interstate commerce will play into RIV's strategic shift into the U.S.

This week, Narbé Alexandrian, president and CEO of RIV Capital, joins the Cannabis Equipment News podcast to discuss his move from venture capital in the tech industry to the head of a cannabis investment and acquisition firm that recently made a strategic shift to the U.S. market.

Narbé Alexandrian joined RIV Capital in 2018. He came from the technology venture capital world, but saw cannabis as a once in a lifetime opportunity. He wanted to join the revolution.

Not only did Alexandrian have a good relationship with the product, but he noticed similarities between the upstart legal cannabis industry and the tech business.

Cannabis and tech have a lot of similarities. For example, nobody knows what the future will hold. Alexandrian says much of his job is to extrapolate and, essentially, predict the future. Interstate commerce and federalization are coming, but nobody knows when or how. Still, investment capital is looking to make bets based on how it might play out.

Cannabis presents a large investment opportunity, but one not without challenges. Cannabis doesn't have much competition from a capital allocation perspective, but the industry does have many angel investors. In an open market, there is a downside to working with impassioned entrepreneurs, Alexandrian says: many operators have a personal relationship to cannabis but lack an understanding of typical business terms, which can make it difficult to cultivate a working relationship as an investor.

RIV Capital is currently undergoing a strategic shift to the U.S. market. Based in Canada, the company had to restructure a bit to move into the U.S., but it now has $400 to $500 million of capital focused on the U.S.

Part of the investment comes from a partnership with The Hawthorne Collective, a cannabis-focused subsidiary of The Scotts Miracle-Gro Company. In August, Hawthorne — which does more than $1 billion of revenue in cannabis, according to Alexandrian — invested $150 million with RIV Capital.

Alexandrian is hoping to have a big announcement soon, but nothing is official yet. RIV is attracted to limited license states, because he says it is easier to be first in front of the consumer before the territory open up. Alexandrian stresses the importance of taking a long-term view with a focus on being customer obsessed, offering the best quality products at the best price and owning the market into the future.

When rating potential acquisition targets, Alexandrian looks at three things. The most important is the license. It's hard to get into the highly regulated industry, and the license is a top priority. The second most important variable is the team: its employees. Alexandrian is looking for a partner who needs an investor that will bring value rather than sitting on the sidelines. Coming in a distant third is the product. While a quality product is useful, if you have the right team in place, it can pivot the product.

Interstate commerce is a bigger risk for companies, especially those in more expensive markets. For companies building cultivation or extraction in the more expensive states, Alexandrian warns that they could get outperformed by operators in more stable, cheaper states. Either way, it will be interesting to see how companies fare as supply and demand rolls out nationally. 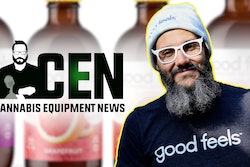 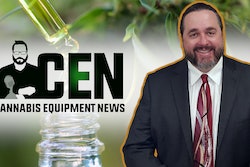 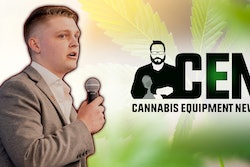