The state of lending in cannabis and why to remain bullish on the industry despite recent economic challenges.

George Mancheril comes from a traditional finance background, always focused on credit and lending. In 2013, he moved to Los Angeles from New York, and five years later, when recreational use was legalized in the state, he saw a compelling opportunity.

Mancheril didn't use cannabis until he was 25 -- it just wasn't in his repertoire. He says that it isn't a plant or product for everyone, but he thinks a significantly larger section of society could benefit from cannabis products being broadly available. He believes in cannabis and the end of prohibition. In 2018, he looked at the lay of the cannabis lending land, and it was non-existent. It seemed like a natural fit, so he co-founded Bespoke Financial.

Bank lending was non-existent, and he saw little debt financing available, so he thought he had an opportunity to participate in the beginning stages of the industry and introduce a valuable and necessary tool for the industry to continue growing.

For starters, he saw how technology could help operators scale the business. An advantage of an industry being built from the ground up is that it is fairly easy to leverage modern technical solutions to make things more efficient and easy, especially given the current regulatory landscape that is making everyone's life more difficult. Bespoke leaned into technology. According to Mancheril, operators that don't have a CFO or head of finance can leverage technologies to help manage buying decisions.

When Bespoke was founded in 2018, very few debt deals were being made. While the industry witnessed some improvement from 2020 to 2021, Mancheril says the state of cannabis lending is at a two-year low.

Still, over time, he remains bullish on the industry despite some economic unrest. For example, Colorado and California have seen sales flatline or decrease, and pricing has come down on the wholesale level. Even in the current context, the quantity of cannabis being produced and sold and purchased by consumers in the legal space has done nothing but increase over the past 18 months. "What we're seeing is just the next wave of maturation for these industries," Mancheril says.

He says supply and demand rarely move in lockstep. Although supply recently overshot for various reasons, he still sees healthy demand on a product level. So now, it's up to cannabis companies to focus on efficiency and improving operations as much as possible. He says that the companies that survive the current environment will have a less competitive playing field, a significantly larger consumer base and the success and benefits of being more efficient.

The best companies he sees in the industry are the ones that are the most forward-thinking, which can be tough in a new industry. For any entrepreneur or business, those who learn from experience (the wins, miscalculations and when the world turns upside down) and make changes are often the most successful. Mancheril gets frustrated by the businesses that opt to put their head in the sand and try to ride out any volatility. Hoping the market will revert to how things used to be six to twelve months ago can lead to disaster.

Mancheril is encouraged by the emerging cannabis market, New York in particular, due to the density in New York City. However, for a democratic, liberal-leaning state, he is shocked by how long it has taken the state to get up and running. From a market size opportunity, he says New York will be a juggernaut. The only caveat is, due to the fragmented nature of cannabis, the state's success won't mean much for other markets.

One unintended consequence of a state like New York ending prohibition is the impact on the overall supply of flower in the black market. When legal competitors start taking business from the black market, that flower will go somewhere. What gives him confidence in New York's legal market is data that suggests all industry growth coming from new consumers. With the increasing amount of research into cannabinoids, he's confident the legal market will find more effective ways to target new consumers while the black market will remain somewhat capped.

As legal markets mature, Mancheril says they must become more efficient -- it is the only way to compete with the black market on price.

The economic incentive from new consumer demand will likely result in federal legalization, but he expects to wait at least two more years before the industry sees anything meaningful. He believes legalization will remain tabled until the next presidential cycle.

However, when federal legalization happens, and new capital comes in, the new players will look for experts who know how to navigate the field. Bespoke is set up well to offer such industry insight. He also predicts that federal legalization will enable more competitive, lower rates as the amount of capital will increase significantly. In a post-legalization world, he expects a regulated product in a fragmented market with no interstate commerce. The landscape will create many "special situations" requiring his company's expertise.

Mancheril thinks interstate commerce would lead to the demise of any cultivators outside of mature markets. Newer markets would have no economic incentive to start a cultivation, which translates to lost jobs, revenue and taxes for the state. It would benefit larger MSOs, but he insists it would be a real missed opportunity. Ultimately, he thinks the lost tax revenue will keep it a regional business, at least for the next five to ten years.

Bespoke Financial recently partnered with Blaze, a company that provides a point-of-sale system with a strong footprint across the U.S., particularly in Southern California. As dispensaries try to repurchase inventory regularly, they are often restricted by the amount of cash on hand. The partnership allows Blaze to offer financing solutions to dispensaries that use the company's platform. Mancheril says it is a true business-to-business buy now, pay later program that enables dispensary owners to start buying in bulk, paying COD and strengthening relationships with vendors. The partnership is allowing dispensaries to improve margins.

The program could also benefit dispensaries as, starting January 2023, they will be responsible for paying their own excise taxes to the State of California. The change will create a significant pressure point when it comes to cash on hand, so the Blaze deal is timely. Mancheril notes that anytime the tax payment regime changes, a host of confusion and volatility drain capital and cash flow from the space.

Despite recent trends, Mancheril expects cannabis sales to surprise in Q4. Alcohol sales have traditionally been recession-proof, and cannabis and liquor sales are closely correlated. He expects consumers to cut back on trips and gifts this quarter but still spend on cannabis, which will likely be cheaper than ever before.

He has been encouraged by cultivators leaving the wholesale market and launching their own brands. It makes more sense from a cost-competitive standpoint as they can offer high-quality cannabis at more competitive prices.

While there is no playbook for building an industry from the ground up -- certainly not one with a thriving, competitive black market -- the industry's creativity and survivability have led to the realization of decades of hard work by cannabis pioneers.

Mancheril tried to be a cog in a much larger corporate machine, and it just wasn't fulfilling for him. Now, his company is on track to do about $1 billion in lending by the end of 2022. At the end of the day, he had to do what felt best for him. While friends and family didn't understand and still give him an odd look when he talks about work, they'll have to drag him out of the cannabis industry. 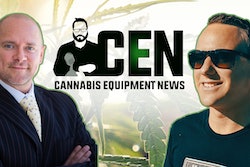 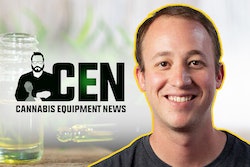