And they've already done a magnificent job trying to corner the market.

This week, Ginger Sloan, founder of Zliderz, discusses how she came to believe in cannabis when it helped her mother kick the narcotics she had been taking for 30 years. Now, she sees big opportunities on the horizon.

Ginger Sloan isn't a cannabis user, but when medicinal use became legal in Oklahoma in 2018, she thought about her mother, who has severe, debilitating ailments. She believed her mother was a perfect candidate for medicinal-use cannabis.

Within two weeks of using cannabis, her mother had detoxed off narcotics that she had been using for 30 years, and Sloan became a true believer.

Sloan's core competency is health care, and when she saw the difference that cannabis could make in a person's life, she understood that it was more than a recreational product: it could help people. The revelation catapulted her into the cannabis industry; she founded Zliderz in Nov. 2020.

Zliderz manufactures a nanoemulsified CBD or THC tasteless liquid. Sloan wanted a product that allowed patients to dose themselves, and she couldn't find any tasteless products on the market. After all, the taste isn't for everyone. The company's patent-pending product has a quick onset that patients feel within 10 minutes. Zliderz is only available in Oklahoma, but Sloan plans to expand through partnerships and branch into different product categories.

The product's R&D process went well but had a few hiccups. For example, Sloan recalls one incident in which a lab technician accidentally ingested 3,500 milligrams. She didn't hear from him for about four days, but he made it through. However, Sloan otherwise found the product development process exciting and gratifying; she was making a product that would give people relief.

Sloan is a serial entrepreneur who's not afraid to fail. She doesn't call it "failure," but rather "very expensive lessons."

According to Sloan, the cannabis industry in Oklahoma is booming and has helped the state by bringing in large amounts of taxable revenue. According to the Oklahoma Medical Marijuana Authority, through November, the state saw nearly $138 million in tax revenue from medical cannabis sales in 2021.

Still, as Sloan says, the men are now being separated from the boys. Initially, it was relatively easy for people to get into the cannabis business in the state, but many didn't have the business savvy to survive.

Sloan also sees many opportunities for women in cannabis. She says cannabis in Oklahoma isn't a man's world, and many women are already working in the industry. As she sees it, females in cannabis have already done a magnificent job trying to corner the cannabis market. 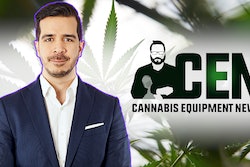 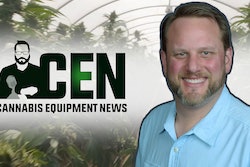 A New Approach to Cultivation 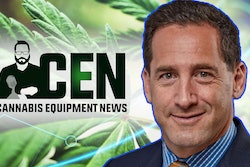